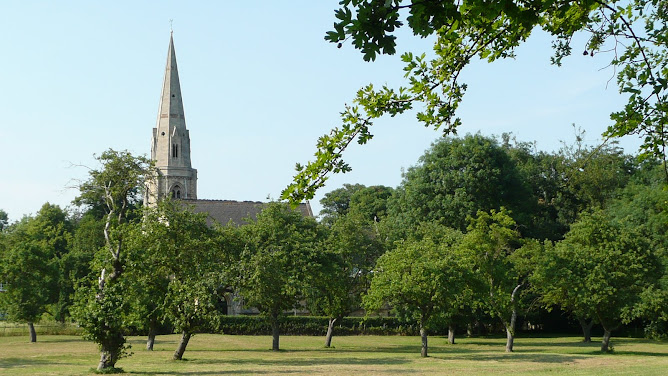 In view of the latest activity relating to Nocton Hall, I have been refreshing my background knowledge about this local heritage asset. In particular, I have been re-reading the information contained in the Options Appraisal.

There is also a Project Viability and Funding Opportunities Report by Heritage Lincolnshire which is interesting.

I have always been intrigued about what Nocton Hall was like from an internal perspective, so recently decided to sketch out a ground floor plan, which lead me to wondering what it might have looked like.

There seem to be very few descriptions of the interior of Nocton Hall and even less images. I have located a few photographs - featured below - but if you, or someone you know can add to these, I would love to hear from you.

Is Nocton Hall worth saving?

'The English Heritage listing of 1985 was the first time that the Hall had been identified as being suitable for inclusion in the List of Buildings of Special Architectural or Historic Interest.

Nocton Hall was not designed by a distinguished Victorian architect. It is not one of the four larger mid-nineteenth-century houses, singled out by the authors of the Lincolnshire volume of the Buildings of England as being worthy of special mention [these were: Harlaxton 1831, by Salvin; Stoke Rochford 1841, Rauceby 1842, and Revesby 1843, all by William Burn]

It is, however, of particular interest as a compact country house designed and also probably constructed by an architect/builder who had drawn his inspiration from the popular pattern book of the day for his design. The building is well detailed, built in fine quality local limestone, and despite its extensive fire damage, it still retains the essential elements of its principal elevations.

Nocton Hall, its site, setting and history are unique; it is a heritage asset which deserves every effort being made to retain and enhance its significance. The Victorian Society clearly views this building to be of national importance.'

In 2009 the Victorian Society stated that:

'At first glance Nocton Hall seems to be just an intriguing, burnt out ruin, far beyond repair. Amazingly that is not the case and most of this grand Victorian Hall could still be saved.

It was originally built as a private house for the Earl of Ripon, since then it has been an RAF hospital and a residential home. In the mid-1990s it was bought by a property developer. The hall was repeatedly targeted by vandals and then in 2004 the main house suffered a major fire.

Bringing this impressive hall back into use would be a huge undertaking; in the meantime both the owner and the local authority have a responsibility to protect this Grade II listed building from further decay.'


What I have located

I started by researching what the ground floor layout looked like.


Nocton Hall in all its splendour

To orient yourself with the external views of the building, please see the following:


Drawing Room [50' 6" x 24' 6"] - originally the Ballroom
Ornate gilded plaster ceiling with cornice
Gilded frieze decorated with swags of fruit and flowers
Fine carved marble fireplace
Bay window to east and a formal bay to the south, flanked by a pair of glazed china cabinets
Principal shuttered windows to the south, opening onto a terrace with a stone balustrade

Cloakroom
With urinal, WC and basin

I hope you have found this of interest - it certainly kept me occupied for a few hours pulling it together. Remember, if you have any photographs that you might like to share with me, I would be ever so grateful.

Looking to the future

It is such a shame to see Nocton Hall in this parlous state, yet it is clear the deterioration started before the destructive fire in 2004.

Leda Properties had a duty of care owning a heritage property and still do, but it is also a fact that the local authority had a joint duty of care too. It has been my view for many years that North Kesteven District Council have been too risk-averse in applying legislation to protect Nocton Hall.

It is likely that 2018 will be the last opportunity to bring about a satisfactory conclusion to this travesty. Leda Properties have been in pre-planning consultation with the local authority (since 2015) about an 'enabling development' on the old RAF Hospital site. Part of any agreement will be a requirement for the developers to stabilise Nocton Hall in accordance with the guidance outlined in the Options Appraisal (2011).

If the negotiations fail to reach fruition and planning permission is not granted, I strongly believe the local authority will then be obliged to fulfil their responsibility to protect this fine Grade II Listed building from further decay. There are strong legislative powers available to protect heritage properties by implementing enforcement action and this can involve taking compulsory purchase action.

There really is no excuse for allowing a Grade II Listed property to deteriorate to such an extent in this day and age.

Note: All comments are moderated and will not be posted until screening has taken place. This is to ensure no foul language is posted online. Please leave your name if you are making a comment, even if it is just a first name - thank you.